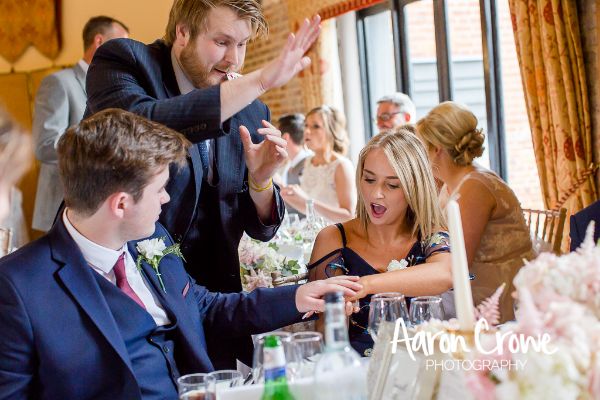 Why is magic so popular?

Magic is great entertainment that mystifies and delights people of all ages. You’ve only got to look at the popularity of whodunit novels, films and on TV to know many of us love trying to solve a mystery. And look at how enduringly popular tales based on magic, the supernatural and superhuman powers are – we love being wowed by things we can’t explain.

What can be explained is the reason why we find mysteries so attractive. According to psychologist Dr Dave Verhaagen, we are hard-wired to want to make sense of the world, but if something happens that doesn’t appear to have a logical explanation, “it produces a little thrill in our brain. Our concept of how the world works has just been compromised. In a way, it’s a little dangerous – the world is no longer predictable and orderly – yet it’s completely safe.

Believe it or not, these are the same parts of the brain that respond to rollercoasters or scary movies. It’s an opportunity to be scared safely.” Dr Verhaagen goes on to explain: “The best word to use here is ‘delight’, because our caveman brains delight when something challenges the laws of nature and nobody gets hurt and the Earth keeps spinning on its axis. Nobody dies. The world doesn’t fly apart”.

As magicians do tricks that appear to challenge the laws of nature, without upsetting the stability of the universe, it’s no surprise that magic fascinates many.

Watching a magic trick also rekindles the wonder we felt when we were kids – when the world was an amazing place where exciting new things happened every day.

When you grow up and understand things, or feel like you’ve seen it all before, it’s easy to forget how incredible the world used to be. Magic reignites that childlike sense of wonder which reminds us of those more innocent and carefree times.

It’s the same feeling you get from watching the reactions on children’s faces as they encounter something they don’t understand – whether you’re playing peekaboo behind your hands with babies, making your hair stand on end after rubbing a balloon on your jumper or seeing their amazement when they’re watching Harry Potter for the first time. You’re sort of piggy-backing their childlike awe in order to recapture your own… and that makes the world feel like a better place!

Even if people know how a trick is done (the sort of knowledge most magicians want to keep secret!), they can still be entertained through their admiration of the craftsmanship of the magician. We magicians put in a lot of practice in order to develop our skills and showmanship so we can make everything look so easy. In a way, knowing how it’s done actually adds to the enjoyment of magic.

When you watch a magic act on TV, you can never be entirely certain that you’re not watching some kind of TV trickery such as being fooled by camera angles or special effects. When magic is being performed in front of your very eyes, you know that it’s 100% real and that everything happening before you is down to the magician’s talents. That’s why magic is so much more popular as a live act, and close up magic makes such a perfect form of entertainment at weddings, parties and corporate events.