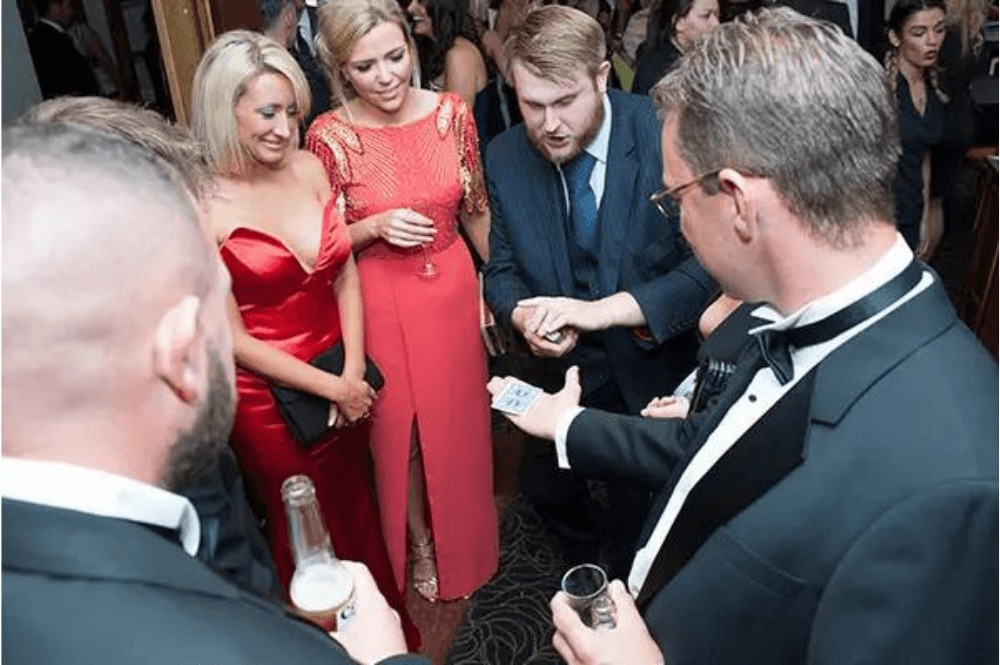 The art of great magic is to make things disappear and then reappear. And the pandemic has done that trick with an entire West End production. The stage show Magic Goes Wrong is a collaboration between Mischief – the group behind the BBC’s The Goes Wrong Show – and magicians Penn & Teller. It opened in London’s West End in January 2020, and the theatre went dark just two months later. And finally, it’s back at the Apollo Theatre until February 2022. If you can’t make it to London, the play is also touring the UK, with some dates/venues still to be announced. If you like magic and you like comedy, it’s a must-see.

Of course, the clever thing about the magic in Magic Goes Wrong is that it never actually goes wrong! Everyone in the cast is extremely skilled in both magic and physical theatre, which is what enables them to pull off their ‘mistakes’ so well.

I know from experience that making people laugh isn’t easy and that doing convincing magic is an incredible skill that takes a lot of work to perfect. Getting things to go right is hard enough, but getting things to go wrong in the right way is exceptional.

As soon as I heard about Magic Goes Wrong, I was instantly reminded of Tommy Cooper. A familiar name to anyone over a certain age, he’s fondly remembered for his corny jokes and magic acts that always went wrong. His persona was that of a terrible magician, and some of his tricks were obviously staged to show you how they were being done – but that was all part of the fun. It made the ‘reveal’ that he was a good magician all along that much better. Of course, the audience was always in on the joke – in the same way, that the Magic Goes Wrong audiences are. You knew the ‘ineptitude’ was all part of his comedy – he wouldn’t have been a member of the Magic Circle if he wasn’t a talented magician in his own right. And he’d always pull something amazing out of the bag by the end, even if it was much later in his act. You may even have heard Cooper’s famous catchphrase, “Just like that!” – which he’d confidently say just before a trick went horribly wrong.

Hire A Wedding Magician / Corporate Magician You Can Trust

When wrong is right

Of course, making a trick go wrong deliberately is something that many magicians use sparingly in their act. After wowing your audience with clever tricks, it’s great to see uncertainty flicker across their faces when they think you’ve genuinely made a mistake. Then you see their relief when they realise it’s a trick within a trick, and the pay-off is even better than it would have been if things hadn’t gone ‘wrong’.

Want to see videos of when magic goes right every time? Check out my YouTube Channel and look at the photos in my Gallery. Magic is something that appeals to people of all ages, which makes it fantastic entertainment for special occasions such as weddings, parties and corporate events.

Contact Christopher Whitelock today to secure your highly experienced and trustworthy magician. See why Chris is the wedding magician & corporate magician of choice around the Hertfordshire & London areas.